Do you like my hat?, originally uploaded by Theorris.

Is that really a fortune? Come on, fortunes are supposed to tell you something about the future, right, not some inane statement about personality traits.

Wow, I guess I just proved that fortune wrong.

Distillations of philosophies
"Be all you can be"/"Know thyself"

Opera
Nixon in China/Girl from the Golden West

SLC Coffee Houses
Roasting Company/That one in the Avenues

It is snowing.
Posted by Clint Gardner at 5:45 PM 1 comment:

A non-blogger and Dr. Write

A non-blogger and Dr. Write, originally uploaded by Theorris.
Posted by Clint Gardner at 10:02 AM No comments:

Middlebrow, originally uploaded by Theorris.
Posted by Clint Gardner at 10:02 AM 1 comment:

Counterintuitive, Hightouch, and other non-blogging types

Counterintuitive, Hightouch, and other non-blogging types, originally uploaded by Theorris.
Posted by Clint Gardner at 10:01 AM No comments:

Assertively Unhip & The Biker, originally uploaded by Theorris.
Posted by Clint Gardner at 10:01 AM 1 comment:

In case of Emergency, Malibu!

In case of Emergency, Malibu!, originally uploaded by Theorris.

Boy this rental car really does make me feel like I'm cruising down the Coastal Highway. Ah the plush plastic interior.

Why do you think GM put the emergency flasher button so close to the name plate? Note how the 80s-computerific lettering leans into the wind.

In Utah you get about 3 weeks of the year where you can actually wear a light jacket and not freeze your ass off or (on the other end of the specturm) burn it up:  1.5 weeks in the spring and 1.5 weeks in the fall.

See what happens when you don't teach literature in school?

This dude has obviously never read Kafka's "A Hunger Artist:"

A bearded and hollow-cheeked Agasi Vartanyan finished what he said was his 50th day without food, climbing out of plastic cube on the banks of the Neva River outside of St Petersburg - and promptly berating reporters.

"I feel offended because my efforts did not attract much attention,' the 46-year-old said. 'Only local media wrote about it." (IOL: Skinny man claims new world record)

Soon they will find his cage seemingly empty, and bury him straw and all. Everyone has forgotten the hunger artist. They will replace him with a leopard which "furnished almost to the bursting point with all that it needed, seemed to carry freedom around with it too; somewhere in his jaws it seemed to lurk; and the joy of life streamed with such ardent passion from his throat that for the onlookers it was not easy to stand the shock of it" (Kafka, "A Hunger Artist"). They will stand it and never want to move away.

(Spotted on BoingBoing.)
Posted by Clint Gardner at 2:39 PM 6 comments:

This shit is all gone.

How the fuck did I end up with "My Lady's House Plants" anyway? I remember the 70s crap and Return of the Native is a spare copy (sadly that paper back was a remnant of high school) and 2001 is another double copy. There are some religious texts that I have no idea why I have hung on to and some pretty stupid yard sale grabs being thrown out. My sadest desertion, however, has to be the operation manual for Stephen Wolfram's Mathematica. It was given to me by some very good friends back in the day and I recall have quite a time actually enjoying mathematics for once in my life playing with the program. (It is at the very bottom of the stack on the right.)

Sundee morning update: Just about done with the whole library. The outcast pile has grown considerably.
Posted by Clint Gardner at 10:44 PM 6 comments:

So am I intellectually skeptical of the rather awkwardly seated discussion, or just pining for the cute blonde girl I had a crush on who has the book we were discussing so elaborately displayed on her desk? (Note: I was not in the second class, but you Utah alumni will recognize OSH in all its 80's glory!)

I think I still have that shirt, by the way. My hair was 20 years before its time too.
Posted by Clint Gardner at 10:16 PM 4 comments:

Because I was so pissed off at not being able to find a book the other week, I have started on the Great Library Reorganization of 2006. I have chosen the most arbitrary of organization systems: alphabetization by author's last name. I would prefer a more esoteric system (such as by subject matter) but screw that, I'm going for arbitrary order in my booky universe. Some of the shelf pairings are amusing. I will amuse you with them when I get the gumption. (I'm only bout a 1/8th way through the library, I think.)

I've also diligently been entering the books into the librarything goobersmack.
Posted by Clint Gardner at 1:24 PM 5 comments:

I doubt that Snowbird was intending for people to think the organ grinder had hired a little person to do the dancing.

Is a review in order?

For some reason I'm listening to Wilco Summerteeth at the moment. Perhaps it is a pallet cleanser.
Posted by Clint Gardner at 5:08 PM 1 comment: 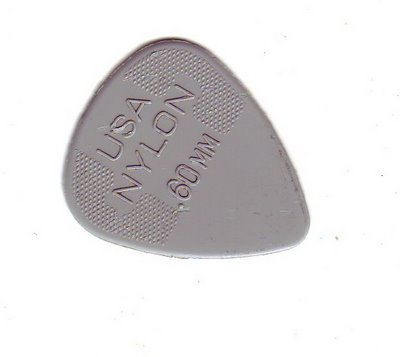 I just received the Utah Voter Information Pamphlet. On page 63 you can find instructions on how to operate the new voting machines. The pamphlet has amusing screen shots: Jack Nicholson as "Commisioner of" something and Lucille Ball as Minister of Comic Relief. Toni Morrison (the author) is also listed. I might note that the voter is shown casting her ballot for Jack.
Posted by Clint Gardner at 6:22 PM 1 comment:

As leaves to trees

Quite so
But even the leaves
Have time to grow
Flush against hot
Summer wind
And then yellow
And then die
Crinkled on hard
Concrete
Posted by Clint Gardner at 9:51 PM 2 comments:

You said our love was like a bus on route
But the bus driver suffered a heart attack
And now we're careening out of control
About to slam into a Geo Metro
Driven by Death himself--black clad,
Chalky white grin from ear to ear
(If he had ears beneath that itchy
Cool cowl) but death has no ears to hear
The screams of helpless passengers
Or eyes to see that he is driving
Straight into the out-of-control city
Bus of our love

I brace myself for impact
But you’ve already popped
The emergency escape hatch
And bailed, shoulder rolling
To safety

I knew we should
Have just taken a cab.
Posted by Clint Gardner at 2:40 PM 3 comments:

Best chorus of the past summer

Super cool. You should hear the song.
Posted by Clint Gardner at 11:18 PM 3 comments:

Did Trainspotting really come out 10 years ago?

Did I really just nod off in front of my computer?

On King Darius and the Art of the Boast

King Darius of Persia had the following text inscribed on his tomb:

This indeed my capability: that my body is strong. As a fighter of battles I am a good fighter of battles. When ever with my judgment in a place I determine whether I behold or do not behold an enemy, both with understanding and with judgment, then I think prior to panic, when I see an enemy as when I do not see one.

O man, let that not be made to seem false to you, which has been done by me. That do you behold, which has been inscribed. Let not the laws be disobeyed by you. Let not anyone be untrained in obedience. [The last line is unintelligible]" (Achaemenid Royal Inscriptions: DNb)

And such boasts have a long history in human (particularly male) behavior in which one attempts to intimidate through words either one's friends or one's enemies. I am thinking, in particular, of the great boast that Twain recorded in Life on the Mississippi where the braggart goes on and on about how good he is and, particularly, what a good boaster he is. This brag, of course, is highly relevant to modern-day rap in that many times the rapper goes on and on about what skills he or she has at rapping.

Now aside from the rhetorical aspects of the brag(boast) to indimidate others, I am also interested in when such bragging is condoned and not condoned. Ultimately everyone expects a basketball or football player to boast about his skills both on the court or field as a sort of rhetorical intimidation or distraction tactic. If that player, however, boasts out of the playing context they are considered "big headed" or so completely self-centered that they become the brunt of jokes (witness Karl Malone in parody on Comedy Central for example.) Out of their playing context, athletes are expected to be humble and self-effacing and great champions of team effort. (Now ultimately this can be a racial issue in that often times white players are seen as humble, but athletes of color are seen as self-centered and uppity. I will not, however, be engaging in a discussion of the racist aspects of humility today. I think, nevertheless it is important to considered social values and how they play out between the races.) Larry Bird and Michael Jordan are good examples of this pairing: both were stars on the court and didn't seem to lack attitude about their work while on the court. Nevertheless, when they came off the court they adopted the humble hero motif and declaimed team effort and rarely boasted about their copious skills on the court.

Similarly, one is expected to brag(boast) on a vitae but at the same time showing a sure amount of defference in a job interview. These indicate, of course, an amount of social control on individuals to keep them from breaking out a socially prescribed role. Not all people, in other words, get to be king, and only the king can brag with impunity.

Ultimately this does seem to be the case today, but leaders are expected to be humble (to an extent.) I think, however, that not much really has changed. Darius, for example, is being humble in that he indicates that all of this is thanks to Ahuramazda, much like a modern-day political leader ascribes things to God and asks for God's blessings (acting like some sort of Pontifex Maximus of official republican pan-theism.) Nevertheless, Darius makes sure that you know it is his skill that has made him great (thanks to Ahuramazda). Skill proves Darius. In other words he can kick your ass from here to next week (if he has to). Why can he do this? He has the skills, man. Thanks Ahuramazda! (Praise Jesus! for our modern context.) Darius, like the Jesus-prasing athlete, singer, film-maker, actor, artists, politician whatever is favored by a god and has a right to brag about it. See it is a weird sort of humility that is being displayed in this bragging.

So bragging is really about being humble when you pair it up with a feint at a deity? Hmm. Humility is about social conformity? Hmm.
Posted by Clint Gardner at 10:29 AM 4 comments: