I was down in the hub of the S-House today and came across these two juxtaposed against the rather phallic monument to some pioneer. Seems to fit, given how the Victorian Era saw Mormons.

Plans are for the Circle Lounge later. Tables are reserved. Saki will be drunk (drank?)

What's that in her hand?
Posted by Clint Gardner at 1:54 PM 2 comments:

Wilhelm Christmas 2005
Originally uploaded by Theorris.
Happy Holidays and all that goo.


Boy I'm a downer, aren't I? I've always thought I'd make a great Catholic or maybe a Puritan. My heritage, afterall, is rooted in New England Puritanism and austere Scottish Presbyterianism.

Does one really need justification for desiring a better world? Should one ignore the world and just celebrate Christmas? Ok , here you go.

Shampoo saving measures initiated
Originally uploaded by Theorris.
Well I have officially given up on the Great Bearding of 2005 (not that either Mid-B (shaved out of professional necessity) or Sleepy E (shaved out of wanting to have a kissable chin for all those hoochie mamas he is meeting on rap video sets) were really participating either). I went wild with the hair chopper and went status quo with the razor. It was a rather easy job, really. Just taking the chopper and run it over the head and make sure it clips the hair evenly. Of course all of this makes the bathroom a giant fucking hair ball (particularly when you had the longish fine brown/near-black hair I had) , it gave me a good reason to clean the bathroom too. I need good reasons to clean the bathroom, generally.

I've gotten a few compliments, to which I often respond "Oh I was tired of the lice." Some people laugh. I am particularly amused at the uncertainty of those who don't.

Call me Abhaya.
Posted by Clint Gardner at 5:34 PM 6 comments:

"We used to be friends"

Crystaline
Originally uploaded by Theorris.
Saturday we all went down to Club Sound in good old SLC to see the Dandy Warhols in concert. I've always liked the group (they are called variously the Dandys or the Warhols, depending on who you talk to. I prefer to keep it the Dandy Warhols) and now (thanks to Housemate Friend Jeff (HFJ)) all of their CDs. I didn't have the last one until HFJ purchased it last week. I had shied away from it since the brief clips that appear on the net are rather lackadaisical and seemed to be indicating a crushingly morose release this time. Most of the songs on the album are well over 5 minutes with on a couple dropping down to the normal 3-minute radio play zone.

I will report, in all, that the CD is much better than the clips tell. While it does not have instantly catchy tunes like Thirteen Tales from Urban Bohemia it explores the same big sonic space they've always been exploring: crushing disonance and hard edge lyrics countered by catchy little melodies. That's probably not a very complete or appealing way of describing what they are doing. How about this: they live in the same place as Pavement or Sonic Youth or Brian Jonestown Masacre (a kind of disgruntled and hard place to live, but at the same time kind of fun.) All right, that doesn't make sense either, so I will just say that The Dandy Warhols are interesting to listen to because of the oddity of their musical combinations. That kind of fits since their latest albume is called Odditorium or the Warlords of Mars.

Now I was going to mention something about their other albums and/or the movie Dig! but I've kind of lost all momentum trying to explain their music in a way that does it justice and doesn't make me sound like a total twit. Perhaps I haven't done one and have done the other. I'll leave that to you decide, kind reader.

The show was like most shows of bands that have been around for a while and have a stockade of hits: generic. They did play well, I will give them that, and they know their music inside and out, but there was no risk involved. Nothing new. Nothing to shatter. Nothing off the new album. Basically, it would seem, the show was ready-made to please the everyday, radio-play fan. It was not meant to bring out their new work or explore where they are going musically.

I enjoyed myself, none-the-less, but at the same time I kind of felt like I was seeing the tour bus climbing over the hill, wending its way back home to Portland where it will soon be sold and used to tote Kenny Rogers on his big 2009 Northwest Tour.

The Dandy Warhols are incredibly big in Australia and Europe. Maybe they will put on more challenging/more interesting shows there before they fade away.
Posted by Clint Gardner at 12:10 PM 3 comments: 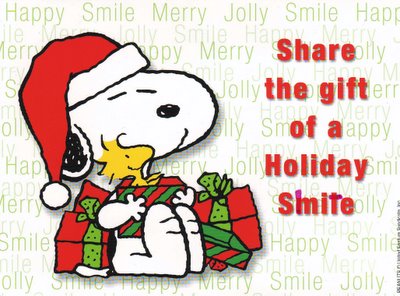 Going in and out of style

I guess things don't change that much, do they?
Posted by Clint Gardner at 5:56 PM 6 comments:

Who in the what now?

Don't expect updates on The Great Beard Race[TM] since I plan on leaving all things blog in a giant cloud of icy dust once December 14 hits. Don't worry, I'll be back some time, but I plan on being highly unreliable over my glorious near-month of pure vacation.

I'll take pictures, but I'll be damned if I am going to post them.
Posted by Clint Gardner at 10:59 AM 3 comments:

Seinfeldic moment, or thing #1 not to say in a job interview.

Lis and I were conducting job interviews today for our place of work. We interview together since it is nice to bounce impressions of job candidates off each other and see if those impression are accurate. In between classes we conducted a series of 4 interviews today. By the last interview Lis had slightly recovered from the migraine that came about during a previous interview. The last one was with a young guy who was pretty nervous and it affected his ability to speak coherently initially, but he managed to recover somewhat once we got to the 3 or 4th question. He still, however, seemed quite nervous throughout in that he was blushing and stammering. His answers were ok and he does show some promise.

As he stood to leave, I let him know about the hiring process and offered my hand to shake. He grasped my hand weakly, and as I thanked him for the interview he blurted out "love you!" Somewhat stunned by this unexpected statement of affection, I looked towards Melissa, and so did he, and in a awkward sort of grace to save himself from this awkward situation the young man mumbled "Love you too Melissa!" and left.

Lis and I sat in stunned silence for a couple of seconds when she said "did he say what I think he said or is it my migraine?"

"Yes," and we both burst out laughing. I only hope he was far enough down the hall not to hear us.
Posted by Clint Gardner at 4:29 PM 5 comments: