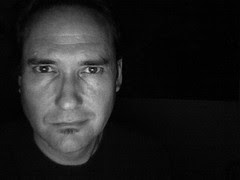 Something tells me I should write about the passing of Ingmar Bergman, but the only thing that comes to mind is "he was only 89?!" I know 89 is a respectable age and all, but still--I thought Bergman was well passed 90, maybe even a hundred by now.

Why? Well simply because of his subject matter and the fact that his films always seemed like the films that a 60-plus-year-old would direct. Fanny and Alexander is a prime example. I thought that he directed that when he was in his 80's, but that was 20 or more years ago.

Perhaps I was just thinking of Kurosawa? 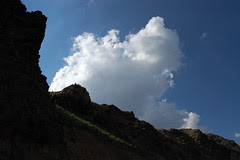 In any case, Bergman has some of the most beautifully slow movies I've ever had the pleasure to have wash over me (weird camera angles between talking characters and all.) He also dealt with compelling subject matter that, while seeming to be so dark, also had a sort of hope to it--a sort of human density, if that makes any sense. I mean come on! Wasn't he the same age as Fellini? Actually I guess he was older than Fellini by a couple of years. Why does that age of film directors seem so ancient? Why am I surprised that Bergman just died when (in fact) I had assumed he had died two decades ago?

Here's to ponderous and calculated!*