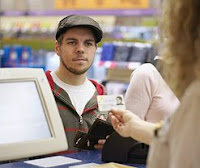 Did you know that Sweden, Norway, Finland, Iceland, and Canada all have state liquor stores much like Utah? Despite their rather "liberal" associations with foaming-at-the-mouth conservatives in the United States, Scandinavian countries such as Sweden are rather unabashed in their moral certitude about controlling liquor:

The retail monopoly exists for one reason only: alcohol related problems are reduced if alcohol is sold in the absence of a profit motive. Our mandate obliges us to help limit the medical and social damage caused by alcohol and there by improve public health. (Systembolaget, 4)

Many foaming-at-the-mouth and ill-informed liberals in Utah, however, would probably argue that a 19th Century Utilitarian/Socialist motive is not behind Utah's liquor control. In all fairness to the Tom Barberi crowd, the Utah Department of Alcoholic Beverage Control makes no mention of public health on its web site, but only states that

The Department of Alcoholic Beverage Control has been in existence since 1935. In that year, the Utah State Legislature created the department by statute and charged it with the responsibility of conducting, licensing and regulating the sale of alcoholic beverages in a manner and at prices which reasonably satisfy the public demand and protect the public interest, including the rights of citizens who do not wish to be involved with alcoholic beverages. (UDABC, 1)

One must note that their sole purpose seem to be protecting people who do not wish to be "involved with alcoholic beverages." Involved? Since when do you date a drink?

The Swedish system and the Utah system seem to wish to justify their existence, however, by claiming that we're not the only governments that do this:

and to protect people who don't want to be involved with alcohol, no doubt.

The Swedish explanation is similar, sans the involvement issue:

The government monopoly in alcohol retailing is a Swedish innovation dating back to the mid-1800s. Similar monopolies also exist today in Norway, Finland, Iceland, Canada and several states in the USA.

In other words: We're not weird! We're not alone! All our boozing to blindness bretheren are with us on this! Now if we could only get those damn English to join in for real! Sure they have "off licenses" and pubs that must close at 11 pm--oh wait they abolished the closing law. Damn those English! Forget about the Scots and the Irish! That's pointless.

Obviously both entities field various complaints from citizens, thus requiring the we're not 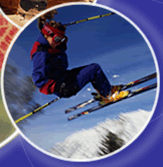 weirdos! argument. The pressure must be much more intense in the Scandinavian countries where alcoholism was on a par with and perhaps even worse than in the United States pre-prohibition:

STOCKHOLM, March 23: For decades, Sweden's liquor stores were few and far between and had the look of hospital pharmacies. They closed by 6 on weekdays and never opened on weekends. Choice was limited and prices high.

These measures were imposed to discourage the consumption of alcohol in a nation with a tradition of drinking to the point of drunkenness and a history of abuse going back to the miseries of 19th-century industrialization, when cheap liquor led to widespread abuse.

But piece by piece, Sweden is being forced to take apart its anti-alcohol policies because most violate the European Union's rules of fair competition. Some liquor stores are open late and on Saturdays. A few have been remade into cheerfully decorated self-service stores. And wine lovers can delight in a wide selection.

The tax on beer is down. The tax on wine is expected to follow, and some say that even the high taxes on hard liquor will go eventually. Even restrictions that do not have to go, like the high taxes, are being undermined by open borders.

Heading into the weekend, it is easy enough to find young Swedes in liquor stores who applaud these changes and say that their country is finally catching up with the rest of the world. But it is easy too to find Swedes who are deeply concerned over the changes and worried that the years of controlling consumption through state-owned monopolies and high taxes have not really cured this nation of bad drinking habits. (Alcohol in Sweden, 1-6)

Sweden has been forced, as of late, to loosen its liquor taxes (Being decidedly more independent than the neutral, but European Union member Sweden, however,
Norway has not chosen to follow suit, and this has caused a run across the Swedish border by Norwegians, much like the Evanston run for Utahniacs.)

You really did think all those Scandinavian countries were free-wielding frat parties, now didn't you? Ok, they are, but the existence of a state controlled liquor store show you the extent of the problem. How does that reflect on Utah? Hmm? Hmm? Hmm?

All state liquor control systems ignore the fact that the real reason people drink themselves to death has very little to do with availability of booze. It has more to do with desperation than anything. Desperation comes in 2 forms:
Fascinating!