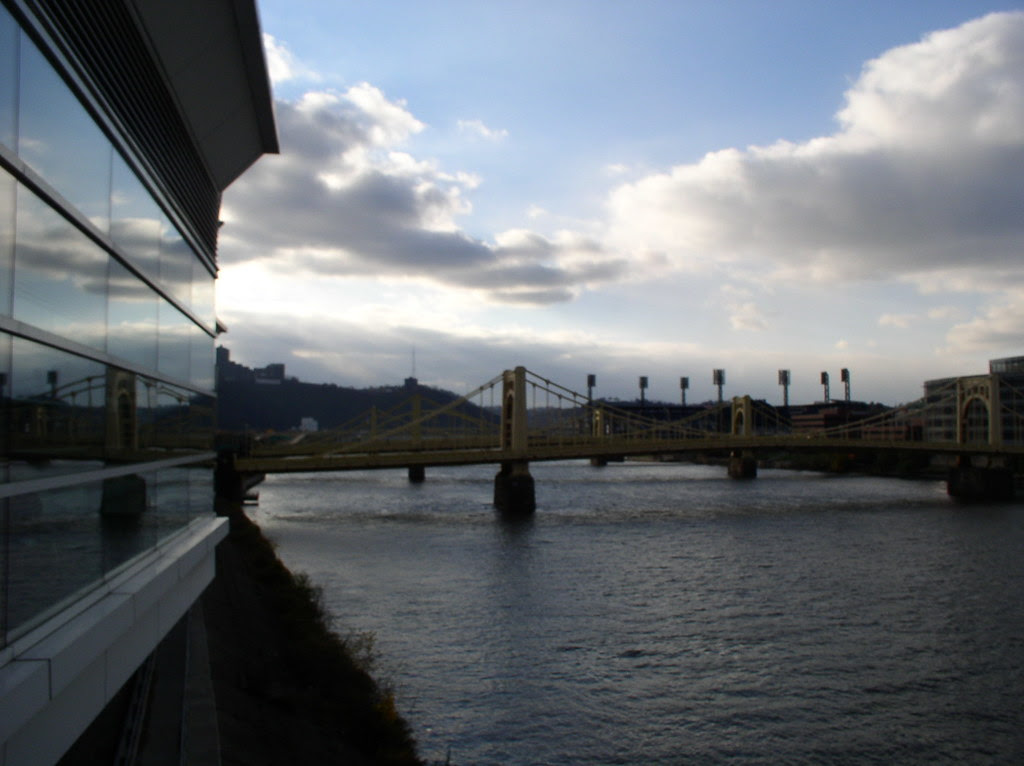 I posted a bunch of pictures from Pittsburgh over at Flickr.

You know Pittsburgh was named for Pitt the Elder: the British Prime Minister who along with George III pretty much created the American Revolution. (Note I refuse to use the British received term for that war "The American War of Independence." It was a revolution in terms of who gets to be in charge of government. It just took a while for it to be spread out to the people.) I note that because Pittsburgh was the frontier back in the 1700's. I sense a bit of frontiership here still, along with a lot of East Coast issues that, no doubt, permeate the country.
Posted by Clint Gardner at 4:51 PM